BMCC is an export company that offers the best business services and solutions. All British sellers, exporters, manufacturing and British export companies are welcome to join and grow on export portal.

Lancaster University is a collegiate public research university, based in Lancaster, England. The university was established by royal charter in 1964 and is ranked in the top ten of all three UK national league tables. It also received a Gold rating in the UK Government's inaugural (2017) Teaching Excellence Framework. In 2018, it was awarded University of the Year by the Times and Sunday Times Good University Guide and in 2020 was named International University of the Year. There are currently over 16,000 students based in the UK, as well as around 4,000 staff. The academic disciplines of the University are separated into four faculties: Arts and Social Sciences; Health and Medicine; Science and Technology; and the Lancaster University Management School. Since 2006, Lancaster University has operated in Malaysia through a strong partnership with Sunway University. Over twenty four dual-award programmes are offered through the partnership in the areas of Accounting; Business & Management; Communications; Computer Science & Information Systems; Digital Film Production; Interior Architecture and Psychology. Following a commitment of both institutions to deepen and broaden the partnership, in 2019 both universities formed the Future Cities Research Institute. The Institute focuses, initially, on two broad themes: Digital Cities and Sustainable Cities, built around existing expertise at Lancaster and Sunway. A third Theme, Liveable Cities, will be established later. The institute builds on existing strengths in Sunway and Lancaster, such as the Lancaster Environment Centre , complementing the work of the Jeffrey Sachs Center on Sustainable Development, and capitalising on Tan Sri Dato’ Seri Dr Jeffrey Cheah’s pioneering leadership in developing sustainable urban environments.

Holiday Villa Hotels & Resorts, based in Kuala Lumpur, Malaysia, is an international hotel brand operating 20 hotels in 8 countries. Holiday Villa offers a total room inventory of 5,000 rooms ranging from city hotels, beach resorts and pool villas. D’Villa is our latest brand offering serviced apartment. By 2018, we will be adding 02 hotels to the group through management services and licensing agreement. Holiday Villa operates through various business modules with our business partners and associates. Besides owning and managing hotels, we also provide management services contract, joint ventures and licensed property management. Our tagline, “Let Us Manja U” captures the essence of the service and dedication we instill in all our staff as we aim to deliver a unique experience to our customers. “Manja” is the Malay word for “to pamper”.

Lee Hishammuddin Allen & Gledhill is a multi-practice law firm offering top quality service as well as providing personalised legal representation to both businesses and individuals. The firm is recognised for its ability to combine all areas of expertise and experience, giving our clients a competitive edge as well as optimum results. Lee Hishammuddin Allen & Gledhill was formed when the partners of Lee Hishammuddin and Allen & Gledhill decided to combine their strengths into one entity. With its expanded wealth of knowledge and experience the firm has established itself amongst the top multi-practice firms in Malaysia. We have offices throughout Malaysia, with the head office in Kuala Lumpur, and other offices in Johor and Penang.

We are a partner of choice for governments, institutions and Armed Forces, as well as for private customers and entities. We deliver products and integrated solutions based on cutting-edge technologies with dual-use applications, to strengthen global security; protect people, the territories, infrastructures and information networks; contribute to the sustainable management of the environment, urban spaces and climate. We ensure that customers obtain the most value from our systems through innovative support and training services. Air, land, sea, space and cyberspace: wherever defence and security are needed, our customers find in Leonardo effective solutions for their requirements in each of these areas through a complete and integrated offer in strategic sectors such as helicopters, aeronautics, unmanned systems, defence and security electronics, defence systems, and satellite systems and services. 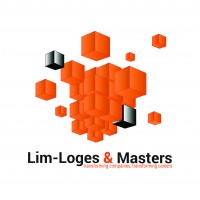 At Lim-Loges & Masters, we help transform companies through people. We work exclusivelyVwith multinational companies seeking to transform themselves into more nimble and engaged entities in Asia pacific. As professionals specialising in Asia, we partner companies to minimise risk and manage talent through our three services. We are in Asia pacific with key presence in China, Hong Kong, India, Malaysia, Thailand and Singapore.

Live & Inspire Group of Companies work with people across the region to build brands and communities,. Our work ranges from digital initiatives, brand development to community workshops and activities. Our clients hire us to enrich their brand presence and engage communities.

LiveSmart Malaysia is LiveSmart’s first subsidiary in Asia and acts as the business's Asian hub. LiveSmart, headquartered in the UK, works with companies in every industry vertical including Universal Music Group, BNP Paribas and Vmware to name but a few. We provide an innovative digital health platform that is set out to make health assessments simple, accessible and actionable. Combining blood tests, online health reports and remote one-to-one coaching, we use a blend of technology, people power and behavioural change techniques to help people improve their health and wellbeing. Simultaneously, we provide in-depth health data insights for the company and HR to drive further decision-making to improve business performance, create a vibrant and energetic workforce by helping your teams live happier healthier lives.

Luther Corporate Services Pte Ltd, the Corporate Services arm of Luther lawfirm, enables us to offer a “one-stop shop” to cater for our clients’ strict regulatory and/or administrative corporate needs & responsibilities, whether it be corporate secretarial services, ’ad hoc’ directorships, local filing requirements or accounting, payroll, tax compliance and fiscal-related duties. We assist our clients comprehensively in all stages of a business lifecycle, from the formation of a company, to ongoing support and statutory compliance up to the dissolution of a company.